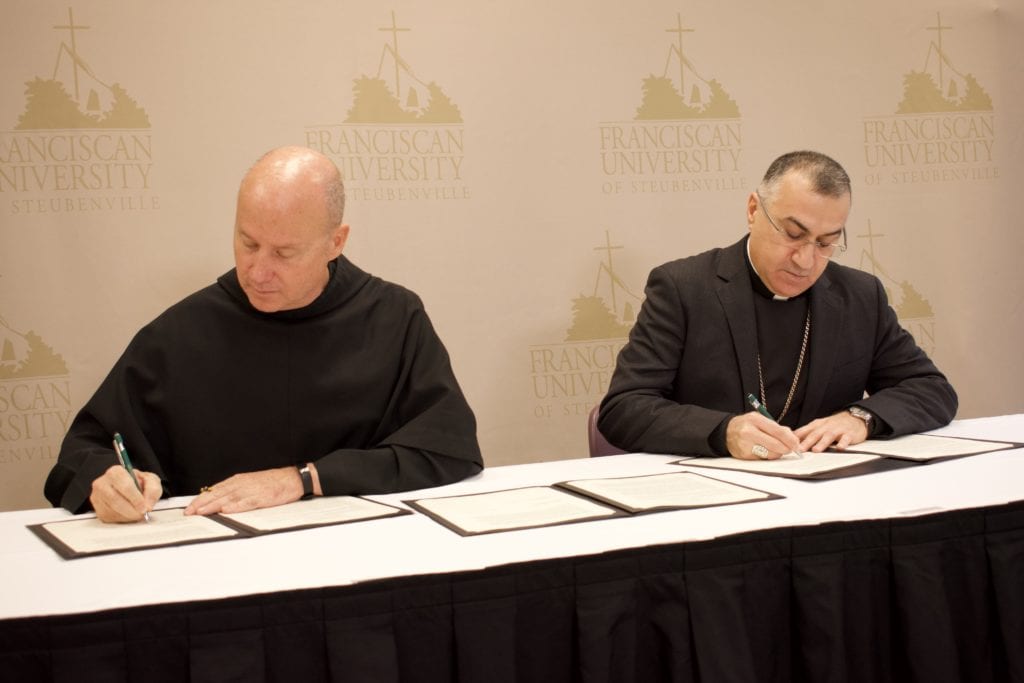 STEUBENVILLE, OHIO — Stronger ties between the Catholic university communities of Erbil, Iraq, and Steubenville, Ohio, were forged December 6 with the signing of a Memorandum of Understanding between the leaders of both universities.

Archbishop Bashar Warda, CSsR, the Chaldean bishop of Erbil, Iraq, who founded the Catholic University of Erbil, and Father Dave Pivonka, TOR, president of Franciscan University of Steubenville, signed a Memorandum of Understanding for the mutual benefit of the two schools and ultimately, the people of Iraq and America.

Archishop Warda called the agreement “a blessing, because during the time of persecution when everyone is thinking that’s the end of the world, now some doors have opened to help the Church in Iraq not just survive but thrive.”

“The Christian church has been decimated in Iraq,” said Father Pivonka. “But the men and women of Iraq are people of great faith who have the desire to learn more about their faith and a desire to be educated, and we are excited to help in any way we can.”

During his visit, Archbishop Warda, who was born in Baghdad, spoke to Franciscan students. He described the most recent persecutions of Christians in his country and invited them to be missionaries for St. Thomas the Apostle Mission, which seeks college graduates from the U.S. to serve at Maryamana Catholic Hospital and at the Christian college and secondary school in Erbil, teaching a variety of subjects. For more information, contact Darine Rassam at Catholic University in Erbil at darine.r@cue.edu.krd. 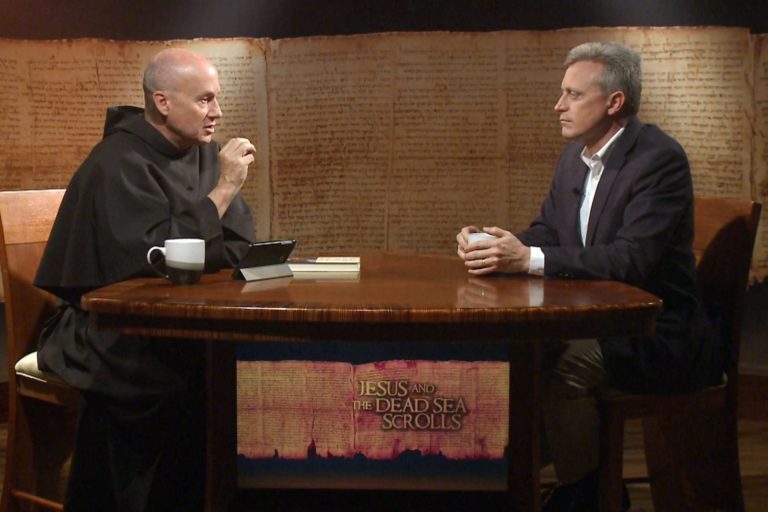 The greatest archeological discovery of the 20th century gave the world the Dead Sea Scrolls.… 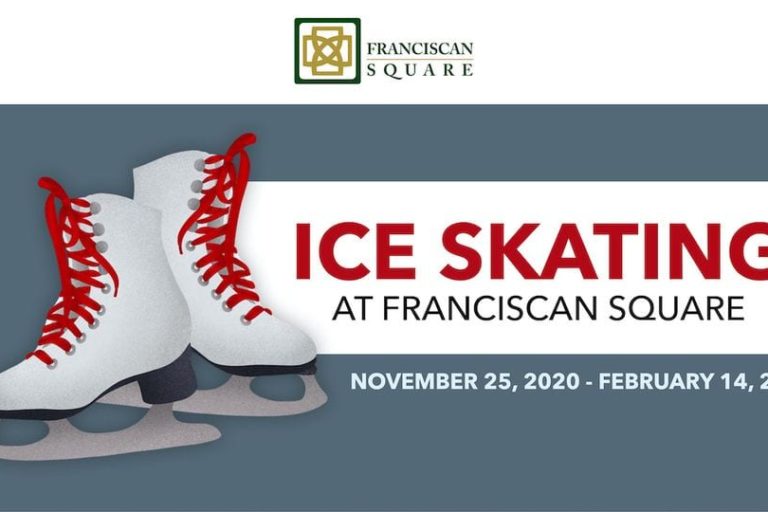 Outdoor ice skating comes to Steubenville with the opening of The Rink at Franciscan Square. 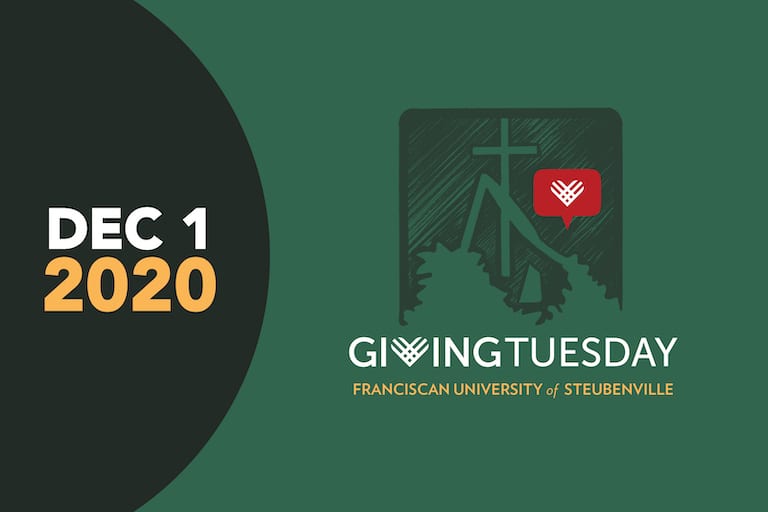 On December 1, Franciscan University of Steubenville will participate in #GivingTuesday, the annual worldwide day…