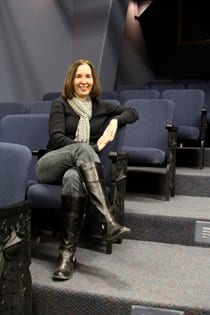 Anderson, a native of Mingo Junction, was awarded the honor at the National Communication Association’s 2013 Convention in Washington, D.C. on November 21-24, 2013. She received a plaque to commemorate this honor. The Theatre, Film, and New Media Division is an outlet for theatre-related scholarship that promotes good teaching practices and supports theatre artists and scholars who work in academia.