That work was recently completed and Franciscan’s men’s lacrosse team will open play on the new turf surface on February 27 against Saint Vincent College at 3:00 p.m.

“Hundreds of Franciscan student-athletes make a commitment each year to live out the Gospel message on the field of play. This new turf field demonstrates our commitment to them and to future student-athletes to provide them with excellent facilities,” said Franciscan President Father Dave Pivonka, TOR. “It also shows our willingness to take a big step in faith during this pandemic and trust in the Lord’s providence through our many donors who have supported this new Baron athletic field.”

Franciscan University is partnering with Trinity Health System as the featured sponsor of the new facility. Additional fundraising continues for phase two of the project, which includes installation of the top rubber coating for the eight-lane track, men’s and women’s locker rooms and restroom facilities, a new scoreboard, stadium seating and press box, and other capital improvements needed to complete the project.

“We are blessed to have an up-to-date facility like this on campus,” said Vice President of Student Life David Schmiesing. “All Franciscan students and student-athletes will benefit from having this complex a short walk away, and athletes look forward to breaking in the field as they compete this spring.”

According to Director of Athletics Scott Greve, “The realization of this project will help Baron Athletics with our transition to the Presidents’ Athletic Conference. The Lord’s providence has been clearly evident in the support this facility has received from Father Dave Pivonka, TOR, the administration, and the Board of Trustees. I know our student-athletes and community will be blessed with this first-rate venue.”

Begun in spring 2020, it took the coordinated work of several construction crews to complete phase one. The field was excavated, a new drainage system installed, and the hill running the length of the field moved back 80 feet. Crews then laid down a crushed stone surface using state-of-the-art laser-leveling technology.

Once level, one construction team positioned the new turf surface section by section, while another team put down asphalt in the D-zones and around the field for the eight-lane track. In addition, 80-foot light poles were installed around the facility to allow for night games and practices. In fall 2020, Franciscan logos were installed on the turf, the track was lined, and fencing installed.

A ribbon cutting and field blessing to celebrate the completion of phase one of the multipurpose turf field will be held in the spring. 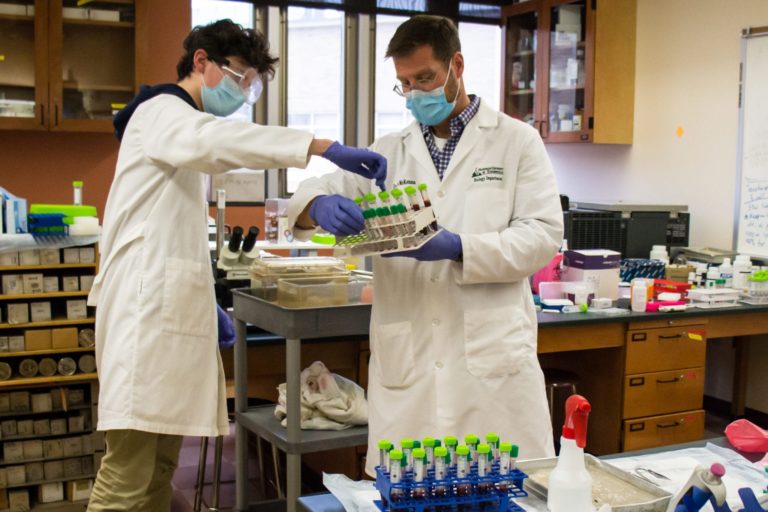 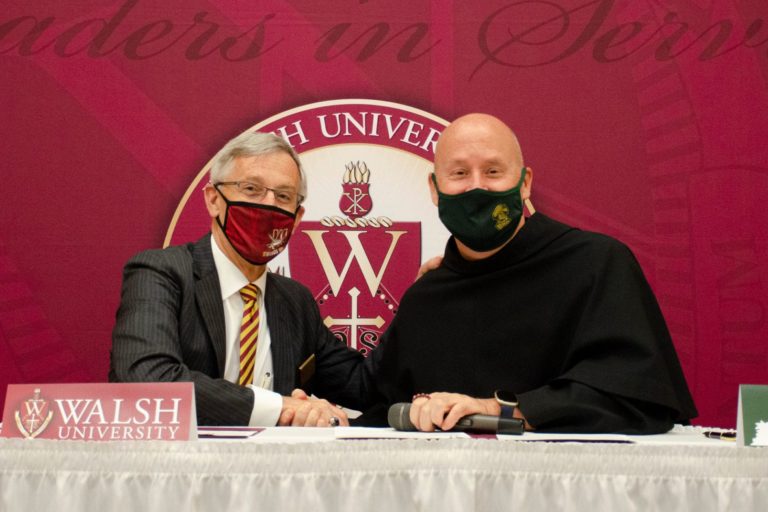 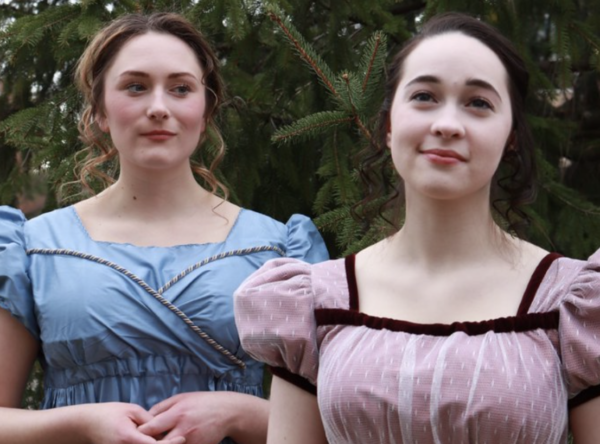